We’ll try to cut through the hyperbole and emotion on both sides and present enough information to help you decide for yourself.

https://youtu.be/_hb-NLfJwtALooks pretty impressive, right? But read on before you decide. There are three main concerns and complaints about Sit Means Sit:

Reports from both sides seem to agree that they have just one training method – the shock treatment.

From the very first and throughout the training they use a powerful shock collar. They shock to get the animals attention. They shock to show him who’s boss. They shock when the animal does not behave as desired. For some behaviors such as “sit” they shock constantly until the dog does the desired behavior then remove the shock. The removal of the shock is considered a “positive” reinforcement.

Many opponents claim that Sit Means Sit trainers don’t have any idea how to train a dog to do anything without the collar. Comments such as:

I’ve seen video after video of him working a dog at demonstrations… all with the remote still in his hand. My question is: IF you so choose to train with an e-collar, don’t you wish to, at some point, wean the dog off the collar? I’m just not sure why it’s supposed to look so impressive to see a dog working in the context of “do it right or else I’ll push the button.” It makes the e-collar look more like a training *crutch* than a training *tool* as touted by its proponents.

Some have reported that the trainers show owners how the collar feels using the lowest setting. Then they use a higher setting on the dog.

…they said it was for attention that they did not shock the dog, they had me feel it, it was only mildly painful when I felt it.  But when they used it on my dog they turned it up and kept shocking my dog.  My dog was terrified, then they put a shock collar and put it on my dogs groin!!  I feel so terrible I should have stoped then right away

Videos demonstrate more realistically what the ecollar can be like…

Keep in mind that these idiots new what to expect and they chose to do this. Imagine their reactions if they had no idea what the collar was and had no way to remove it. Do you think their level of anxiety would be different?

Comments From the Web

There are tons of comments on the web from people who were pleased with the results. Dogs do change their behaviors with this method.

Here are some not so pleased comments, however…

Many of his past students have come to our clubs training classes with all the same complaints. Their dogs are afraid of any collar put on them, and would be very jumpy with even the tiniest of corrections. Problems they didn’t have before training with Sit means Sit.

Fred and his other trainers would be at the park at the same times as we were, and while watching them train their students, all the dogs were constantly crying and yelping every few seconds of being zapped with the collar.

One of the “Sit means sit” trainers in our area had the nerve to put an e-collar on one of my 3 month old puppies that I had sold and then sent the owners home with the remote. What a mess! They zapped her for everything and anything and the dog learned nothing. She herself – the trainer – feels insecure when she does not hold a remote in her hands. There is something wrong with this picture.

nara was slinking around the house and fearful of the guy within about a minute of him putting the collar on. He tried to tell me that was “normal.”

For many, it comes down to the questions “do you want your dog to do what you want because they want to please you or because they are scared sh!tless?”

Would you use one of these collars on your toddler? How about your teen?

Would it work if you did? Probably.

But would your relationship with your child ever be the same? Probably not. 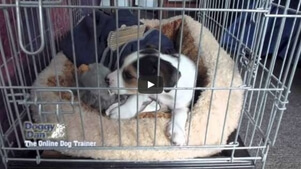 How To Crate Train Your Puppy 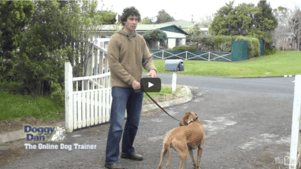 How To Leash Train Your Puppy At just 9 years old she won her first Goldern Buzzer. That video went viral topping 100 Million views in 2 weeks - making Angelica one of AGT's most viewed performers.
In 2019, Angelica was invited back for AGT The Champions. This time she became the only performer in AGT history to win 2 Golden Buzzers.
END_OF_DOCUMENT_TOKEN_TO_BE_REPLACED